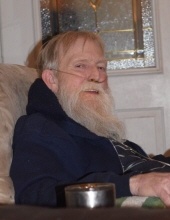 Billy James Morgan Sr. of Harrisonville, Missouri was born August 20, 1949 in Yuba City, California the son of Elmer Alvin and Opal Bea (Plummer) Morgan. He departed this life on Friday, February 5, 2021 at his home in Harrisonville surrounded by love and family at the age of 71 years, 5 months and 16 days.

Billy was employed as a machinist for BTM in Belton, Missouri until his retirement in 2020. He was an Army veteran of the Vietnam War. Billy enjoyed everything music, from playing the drums to singing. He enjoyed being with his children and grandchildren. He had lived in Adrian, Missouri before moving to Harrisonville.

Billy was preceded in death by his parents and a son, Billy J. "Butch" Morgan Jr.

Funeral services will be held Wednesday, February 10, 2021 at 2:00 p.m. at the Dickey Funeral Home, Harrisonville, Missouri . Burial with Military Services will be in the Clearfork Cemetery, Garden City, Missouri.

A complete obituary will be posted here as soon as that information becomes available.
To order memorial trees or send flowers to the family in memory of Billy James Morgan, Sr., please visit our flower store.