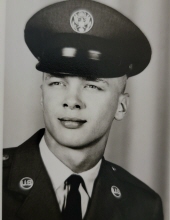 Clark went to be with his Heavenly Father on Thursday, July 8, following a three year illness. His beloved daughter, Kara, preceded him in death in 1998, but was there with open arms to welcome her Dad home.

Clark leaves behind his wife of the home, Laurie, his daughter, Lana, and husband, David, 4 children, Tristan, Andrew, Isaac and Brianna, of Charlotte, NC. He leaves behind his son, Troy, and his two children, Tyler and Hannah. He also leaves his brother, Don and wife Linda, of Bellevista, Ar., brother, Rick Doty, and sister, Nancy Davis of Kansas City. Left behind are many beloved nieces and nephews and friends.

Clark was a born again Christian and grew up attending Raytown Baptist Church where his mother, Virginia, played the organ and piano. Clark was passionate about reading his very raggedy Scofield Reference Bible and studying his many books on the Genesis Flood, the Creation and the end times we see coming forth.

Clark’s favorite hobby was power lifting and bodybuilding of which he won several trophies. He was a veteran of the United States Air Force.

Clark retired from Firebaugh Construction in 2005 and had been a life long journeyman carpenter. He made so many great work buddies that he deeply treasured.

The family invites you to join them in Clark’s Celebration of Life at 10:00 a.m., Saturday, July 17, 2021 at the Little Blue Baptist Church, 7119 S. Noland Road, Kansas City, MO 64133 for fellowship, with service immediately following at 10:30 a.m. Military Honors will follow the service at the church.
To order memorial trees or send flowers to the family in memory of Clark K. Doty, please visit our flower store.