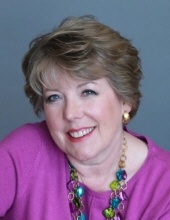 Connie Elaine Mayfield, age 61, of Lake Forest, California, was born on Wednesday, August 21, 1957, at St. Luke’s Hospital, Kansas City, Missouri, the daughter of Benny Earl and Lois Fern (Coffel) Mayfield. She departed this life May 20th, 2019 at home surrounded by friends and loved ones.

Connie was preceded in death by her father, who passed on Saturday, November 22, 2008, at St. Luke’s Hospital-East, in Lee’s Summit, Missouri. Her father’s last request was that she take care of her mother to the best of her ability, and Connie honored that commitment until her own passing.

Connie was an only child whose entire life was focused on education in one form or another. She never married, instead opting to pursue a life in academia. Her educational accomplishments include a Bachelor of Music Degree in piano performance from Southwest Baptist University in 1979, a Master of Music Degree in piano performance from the University of Missouri-Kansas City in 1981, and a Doctor of Philosophy Degree in music theory from the University of Kansas in 1993. Along the way, she was a frequent performer of classical music concerts. She received a Fulbright scholarship in 1984-85 to study in London, England. She stayed an additional two years in London to begin work on her Ph.D. degree. When she transferred to the University of Kansas, she was awarded their highest graduate student fellowhip, titled the “Honors Fellowship,” which paid her tuition and books for her to finish the degree, as well as a monthly stipend for her living expenses.

Upon completion of her Ph.D. degree, she taught as a full-time professor of music at Kansas City Kansas Community College for thirteen years. During that time, she achieved her greatest accomplishment, which was the publication of a textbook in her own field, titled “Theory Essentials.” It is still in publication and used by colleges and universities around the world. It is now in its second edition.

In 2005, Connie moved to the west coast to become the Dean of Fine Arts at Cerritos College in Los Angeles County. After seven years of management work, she felt the need to return to her true love of teaching. She became a full-professor of music theory, a roll which she held until her health forced her to go into hospice care in early 2019. She considered her return to teaching as the best decision she ever made. Cerritos College awarded her an Outstanding Faculty Award. Only about ten of these awards per year are granted among 500+ faculty at the college. She worked tirelessly to support her students and ensure their success as they transferred from the community college environment to prestigious music schools such as USC, UCLA, the California State Universities, out-of-state universities, and small private colleges and universities.

Connie took up playing golf after moving to the west coast, and through this game, made some of the greatest friends of her life. The “golf girls” adopted Connie’s mom as their own surrogate, because all of them had already lost their mothers. Connie found the sisters she never had, and together, Connie and Fern acquired a family not related by blood, but by true collegiality and love.

In December, 2015, Connie was diagnosed with a rare cancer that had no known point of origin, and therefore no clear treatment path. In the ensuring years, she struggled through repeated surgeries to clear cancerous tumors from her abdomen and remove fluid build-up from around her lungs. She had biopsies, radiation treatments, and many cycles of chemotherapy, but the conclusion after a surgery in mid-February 2019, revealed that none of the treatments had made any difference, Connie opted to go into hospice care and let the disease take its course, where she could be at home with her mother, her beloved toy poodles, and her friends.

Between the golf girls, friends from Saddleback Baptist Church, devoted caregivers, her students, and the dearest colleagues from Cerritos College, the final years of life for both Connie and Fern have been a blessing that could never have been asked for or expected.

Connie is survived by aunts, uncles, cousins, other relatives, caregivers, and list of friends too lengthy to mention. The amount of love that we have felt from this group of people has made a shining light for our final days.

Connie wrote this a few days before passing away:

“In my final days, I want my life be a testament to how wonderful ‘death’ can be when you put yourself in God’s hands.”

Graveside services for both Connie and Fern were held Saturday, October 12th, 2019 at the Pleasant Hill Cemetery. Reverend James Wilkins officiated. A reception followed the service at the Pleasant Hill United Methodist Church so that friends and families from both the Midwest and West Coast could share in their loving memories of Fern.

In lieu of flowers, please make a donation directly to a charity of your choice. Recommendations include: