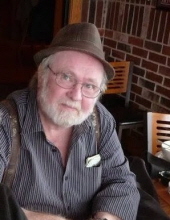 David served 30 years for the KC Fire Department before his retirement in 1996. He was an Air Force Veteran.

Besides his parents, he was preceded by a sister, Deborah Martin.

Cremation with no services scheduled at this time.

Funeral arrangement are under the direction of the Dickey Funeral Home, Harrisonville, Missouri.
To order memorial trees or send flowers to the family in memory of David L. Bridges, please visit our flower store.