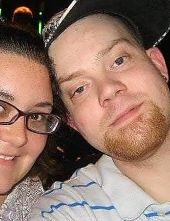 On August 15, 2009, he was united in marriage to Samantha G. Umstead in Kansas City, Kansas.

Dave had been employed as a Chef for several Kansas City area restaurants. He enjoyed hunting, fishing, and playing video games. He loved playing cards especially a good game of Texas Hold ‘em.

Dave’s all-time favorite comic book hero was Superman. Dave himself was bigger than life and lived his life to help make other people’s lives happier and better. In turn Dave was their Superman. He will be missed greatly by all who knew him.

A Celebration of David’s life will be held at a later date.