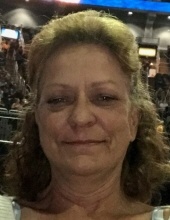 Deborah “Debbie” Lynne Hembree of Garden City, Missouri was born March 3, 1963 in Kansas City, Missouri the daughter of Junior Ray “J.R.” and Barbara Jean (Boothe) Hatman. She departed this life on Sunday, June 14, 2020 at the Belton Regional Medical Center, Belton, Missouri at the age of 57 years, 3 months and 11 days.

On March 28, 1989, Debbie was united in marriage to Selden Gene Hembree in Harrisonville, Missouri.

Debbie was employed as an office manager for Wolfe Automotive Group, Lee’s Summit, Missouri. She enjoyed boat racing and rock crawling in her jeep. She was a homebody and loved spending time on the farm, planting and growing flowers in her flower beds.

She was preceded in death by her father-in-law, Selden Hembree and mother-in-law, Wanda Hembree.


Cremation. A Celebration of Life Service will be Saturday, June 20, 2020 at the Cornerstone Community Church, 1704 Waters Road, Harrisonville, Missouri.

Family suggests memorial contributions may be made to the National Pancreas Foundation or to Alzheimer's Association.

Funeral arrangements are under the direction of the Dickey Funeral Home, Harrisonville, Missouri.
To order memorial trees or send flowers to the family in memory of Deborah "Debbie" L. Hembree, please visit our flower store.