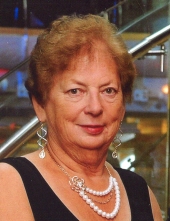 Dixie Lee Dorazil, of Harrisonville, Missouri, was born September 22, 1942 in Waterloo, Iowa the daughter of Woodrow and Frances (Smith) Baier. She departed this life on Thursday, March 19, 2020 at the Sunrise of Leawood, Kansas at the age of 77 years, 5 months and 27 days.

On July 26, 1964, Dixie was united in marriage to George Donald Dorazil in Sumner, Iowa.

Dixie owned and operated Dixie Quick Tax in Harrisonville, Missouri and was in business in Harrisonville for 22 years until her retirement in 2016. She had a Duel Major Bachelor Degree in Mathematics and Physical Education and received her MBA from Central Missouri State University in Warrensburg. Dixie was an active member of the Harrisonville Lions Club. Her grandchildren were her life and you could find her attending all their sporting and school events.

Besides her parents, she was preceded in death by her son-in-law, Lee Hollis.

No services are scheduled.

A private family graveside will be held at the Orient Cemetery, Harrisonville, Missouri.

Family suggests memorial contributions may be made to the Advanced Health Care Hospice, Overland Park, Kansas..
To order memorial trees or send flowers to the family in memory of Dixie Lee Dorazil, please visit our flower store.