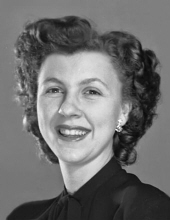 Dolly was a lifelong entrepreneur having co-owned Bob & Dolly’s Café in downtown Pleasant Hill, Missouri, and the Starliner Hotel in Carrolton, Missouri, along with her husband Bob. She was a member of the First Baptist Church, Cottonwood, Arizona. She was an accomplished artist and enjoyed painting with oils on canvas. She also enjoyed making quilts and donating them to the Ronald McDonald House.

Dolly was preceded in death by her parents; her husband Bob; one brother, Edward J. Stalnaker; and one sister, Eileen M. Mitchell.

She is survived by her daughter, Janet Macrae of Cottonwood, Arizona; her grandchildren, Jason Wyatt and Emily Sanchez, both of Cottonwood; and Janna Wyatt Rico-Silver of Salida, Colorado.; great grandchildren, Haley McCoy, Madison Sanchez, and Bianca Sanchez; one sister, Evelyn Hitt of Pleasant Hill; several nieces and nephews; other relatives and friends.

Inurnment will be in the Santa Fe National Veteran’s Cemetery, Santa Fe, New Mexico at a later date.