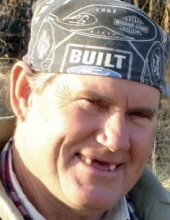 E.C. was a 1964 Pleasant Hill High School graduate. While in high school he excelled in football and track. He was voted as having the “Best Physique” his senior year.

On August 29, 1964, he was united in marriage to Vicki Ferguson at the First Baptist Church in Pleasant Hill; they later divorced.

E.C. had been employed by Western Electric, Lee’s Summit. He was a gifted flat worker working for himself, Lloyd Roll Construction, and D.L. Webster Construction. He enjoyed gardening, working horses, watching the Dallas Cowboys and the Kentucky Derby. He especially loved spending time with his children and grandchildren.

Memorial contributions are suggested to Staley Mound Cemetery and may be sent in care of the funeral home.