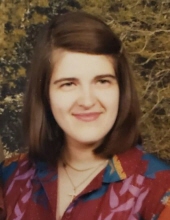 Frances was a registered nurse for Meadowview Health and Rehab formerly known as Camden Health Center until her retirement in 2010. Frances was of the Catholic Faith. She had a great love for dogs and enjoyed crocheting. Frances enjoyed growing and pruning her flower and fruit trees.

Besides her parents, she was preceded in death by her husband, Gordon on September 19, 1992; two brothers, Donald Swart Jr. and Robert Swart.

Graveside services will be 2:00 p.m., Friday, December 17, 2021 at the Orient Cemetery, Harrisonville, Missouri.

Family suggests memorial contributions may be made to ASPCA and may be left at the funeral home.

The family is requesting that if you attend the service to please wear a mask and practice social distancing.
To order memorial trees or send flowers to the family in memory of Frances Mary Situ, please visit our flower store.