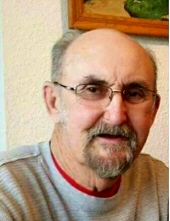 Giles Arthur "Buck" Jones of Garden City, Missouri was born July 15, 1942 in Independence, Missouri the son of Lawrence Clifford and Velma Moreen (Andes) Jones. He departed this life on Saturday, September 4, 2021 at Research Medical Center, Kansas City, Missouri surrounded by love and family at the age of 79 years, 1 month and 20 days.

On September 10, 1966 Buck was united in marriage to Brenda Sue Deardeuff in Kansas City, Missouri.

Buck was employed by the City of Overland Park, Kansas as a construction supervisor until his retirement in 2004. He enjoyed farming and raising balancer cattle on the Cass County farm. Buck was an avid Harrisonville Wildcats fan and coached several years for the Optimist Youth Football League. He loved his family and was a family man in every sense of the word.

Besides his parents, Buck was preceded in death by his foster brother, Gerald Garfield of Mesquite, Texas.


Cremation. Services will be scheduled at a later date.

The family suggest that memorial contributions may be made to the American Cancer Society and may be sent in care of the Dickey Funeral Home, P.o. Box 432, Harrisonville, Missouri 64701.
To order memorial trees or send flowers to the family in memory of Giles A. "Buck" Jones, please visit our flower store.