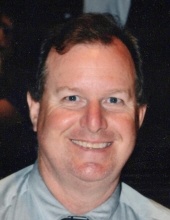 Glenn Alexander Brons, 54, of Pleasant Hill, Missouri, was born, May 7, 1966, in Alpine, Texas, the son of Tony Glenn Brons and Therese (Rommel) Brons Darnell. He departed this life, Friday, April 2, 2021, at the Kansas City Hospice House.

Glenn was a 1984 graduate of North Shore High School in Houston, Texas. He attended the University of Houston participating in ROTC. Glenn started his career in 1988 in the Navy Nuclear Program and served on the USS Mississippi as a Machinist Mate. He was also a veteran of Desert Storm.

Glenn had been employed as an Engineer for NAES. He was a member of the Veteran’s of Foreign Wars Post #3118, Pleasant Hill and was often outdoors enjoying his many interests which included golfing, skiing, camping, and scuba diving.

Glenn was preceded in death by his father.

He is survived by his wife, Karen; two sons, Eric Glenn Brons of Longview, Texas, and Evan Alexander Brons of San Diego, California; his mother and stepfather, Therese and Larry Darnell of Mt. Pleasant, Texas; and his sister and brother-in-law, Christy and Roger Shows of Richardson, Texas.

Cremation has been accorded. Private family service and inurnment will be in the Missouri Veteran’s Cemetery, Higginsville, Missouri.

Memorial contributions are suggested to the American Cancer Society and may be sent in care of the funeral home.