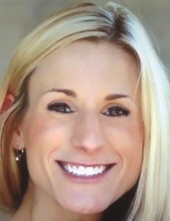 Heather Louise Bledsoe of Peculiar, Missouri was born December 24, 1983 in Kansas City, Missouri the daughter of Richard Lee Bledsoe and Patricia Louise (Gann) Emery. She departed this life on Friday, March 1, 2019 in Peculiar, Missouri at the age of 35 years, 2 months and 5 days.

Heather was previously employed as a nurse for Preferred Pediatrics in Lee's Summit, Missouri. She grew up in Drexel, Missouri and was baptized in the United Methodist Church in Drexel. A graduate of Drexel High School in 2002, where she participated in basketball, volleyball, was a cheerleader and the Homecoming Queen. After high school she attended Vatterott College in Independence, Missouri. She loved all animals, especially her dog, Hooch.

A Celebration of Life Service was held Thursday, March 7, 2019 at the Dickey Funeral Home, Harrisonville, Missouri.

The family received friends Thursday, March 7, 2019 at the funeral home.

The family suggest that memorial contributions may be made to The Children's Education Fund.
To order memorial trees or send flowers to the family in memory of Heather Louise Bledsoe, please visit our flower store.