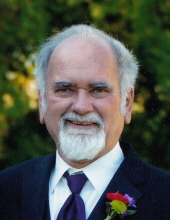 Howard Allen Raffurty of Pleasant Hill, Missouri was born November 22, 1945 in Pleasant Hill the son of James Robert and Dorothy Mae (Moore) Raffurty. He departed this life on Thursday, December 27, 2018 at Lee's Summit Medical Center, Lee's Summit, Missouri at the age of 73 years, 1 month and 5 days.

On, May 21, 1971 Howard was united in marriage to Valerie Louise Ferguson in Harrisonville, Missouri.

Howard owned and operated Howard Raffurty Construction Co. doing remodeling work for the past 37 years. He started being a carpenter at the age of 17 building houses with his Uncle Bob Moore. He later worked at KCI Airport during freezing weather and Bannister Mall doing work on the fountains. Later, he owned Raffurty mowing. Mowing boulevards of the City of Kansas City before going back to remodeling work. He was a charter member of Cass County Elks Lodge #2791 and was instrumental in overseeing the remodeling on the current building. A 30+ year member and served on the board for the East
Lynne - Gunn City Fire Department. Howard enjoyed going to Canada to hunt bear and Elk in Colorado, supporting the Rocky Mountain Elk Foundation, guns, reloading, hunting and was a lifelong member of the NRA. He believed in conservation, planting trees, shrubs and food plots for the deer. He was a lifelong area resident.

Besides his parents, Howard was preceded in death by his two brothers, John and Bill
and an infant sister, Ruth Ann.

The family received friends Thursday, January 3, 2019 at the funeral home.

The family suggest that in lieu of flowers that memorial contributions may be made to the East Lynne - Gunn City Fire Department.
To order memorial trees or send flowers to the family in memory of Howard Allen Raffurty, please visit our flower store.