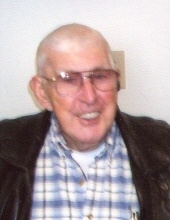 Isaac Donald Dilks, of Garden City, Missouri was born in the Rosehill Township in Johnson County, Missouri the son of Isaac Charles and Mary Mabel (Clegg) Dilks. He departed this life on Monday, July 27, 2020 at the Lee’s Summit Medical Center, Lee’s Summit, Missouri at the age of 90 years, 5 months and 16 days.

On February 25, 1950, Isaac was united in marriage to Lola Grace Braden in Independence, Missouri.

Isaac was employed as an assembler for GMAC Leed’s Plant, Kansas City, Missouri until his retirement on July 1, 1992. He was a member of the UAW Union Local #93, Kansas City. Isaac was involved in sports with his children and as a coach. He was an avid bowler, loved farming, nature, animals and enjoyed travel adventures with family. Isaac biggest love was for his family with whom he kept close through his final weeks.

Besides his parents, he was preceded in death by his wife of 53 years, Lola G. Dilks on February 25, 2003; a grandson, Andrew Keith Dilks; a great-grandson, Stanton Lamb; his siblings, Mabel Young and Roland Dilks.

Family suggests memorial contributions may be made to the St. Jude Children's Hospital.
To order memorial trees or send flowers to the family in memory of Isaac Donald Dilks, please visit our flower store.