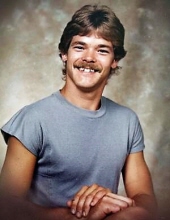 On January 16, 1996, he was united in marriage to Shannon Marie Jensen in Kansas City. They later divorced but remained good friends. She preceded him in death on February 18, 2021.

James was a self-employed Carpenter applying his skills to numerous homes in the Kansas City area. He enjoyed a good drink, playing poker, hanging out with his friends, and was an avid Kansas City Chiefs fan. Listening to music and attending concerts was his life; he loved it so much always jamming! He used to say, "if it's to loud your to old!" More than anything he most enjoyed spending time with his family.

Donnie was also preceded in death by his father.

Cremation has been accorded. A private family gathering was held in his memory.