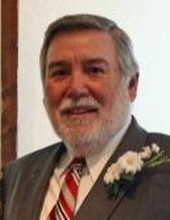 James Earl Hammond, 78, of Kansas City, was born April 24, 1942, in Grandview, Missouri, the son of Vivian Monroe and Leta Mildred (Smith) Hammond. James was raised by Samuel Murray Manford (husband of Mildred) as one of his own. He departed this life, Friday, December 11, 2020, at the Kansas City Hospice House surrounded with love and family.

James grew up in the rural Johnson County area along with his two brothers and two sisters and several cousins. He was a 1960 graduate of Holden High School.

James was united in marriage to Geraldine Robinette in 1963; they later divorced.

James was a generous and dedicated father, brother and friend. He especially loved spending time with his family. He was known for sharing stories, with great wisdom. He is missed deeply.

Jim had a successful, extensive career in automotive unibody repair, and was an expert collision repair specialist for several of the area Ford dealerships. He enjoyed the great outdoors bass fishing, hunting, canoe trips with the family and friends. Jim was an avid aviator, piloting his Cessna which was a passion he shared with friends and family alike. He was a member of the U.A.W. Union, the National Wild Turkey Foundation, National Rifle Association, Rocky Mountain Elk Club, Bass Masters, Safari Club, and Ducks Unlimited.

Jim was preceded in death by his parents.

Visitation will be held 1:00 PM until service time at the funeral home.

Memorial contributions are suggested to the Missouri Conservationist and may be sent in care of the funeral home.

The family also wants to recognize the Kansas City Hospice House for the wonderful services they provide and would recommend becoming a Sustaining Angel at kchospice.org.