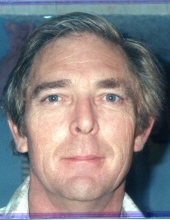 On June 20, 1964, Jerry was united in marriage to Connie June Cochran at the Lee’s Summit First Church of the Nazarene.

Jerry was employed by Allis Chalmers for 32 years. Later he was employed for 2 years at the Chiefs Stadium. Jerry was a member of the Lee’s Summit First Church of the Nazarene, he loved fishing, hunting and never knew a stranger. He was liked and loved by all!

Besides his parents, he was preceded in death by his aunts, Thelma O’Bannon, LaDon Townsend and Lucy Cox; his uncles, Gene O’Bannon, Leroy Townsend and Kenneth Emick and cousins, Kenny Lee and Mike Emick.

Funeral arrangements are under the direction of the Dickey Funeral Home, Harrisonville, Missouri.
To order memorial trees or send flowers to the family in memory of Jerry A. Cox, please visit our flower store.

1st Church of the Nazarene