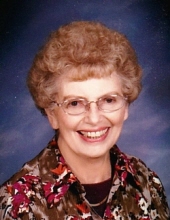 Joanne was a 1955 graduate of the Assumption High School in Wisconsin Rapids.

Joanne was employed at Consolidated Papers Inc, Wisconsin Rapids, as a printing press operator for 21 years retiring in 2001. Joanne enjoyed singing, playing piano and accordion, traveling, spending time with her family and loved her cats. She was a member of the Red Hat Organization of Wisconsin Rapids.

She was devoted to her faith and loved her Lord and Savior. She loved singing in the choir and playing piano and organ for St. Mary’s Church in Wisconsin Rapids. She was musically talented and grew up playing many instruments. She played the accordion in a various polka band for many years entertaining everyone she met. She recently played the accordion in the Honeybee Group where she entertained residents of nursing homes with her music. Her true joy was making others happy.

In 2016, Joanne moved to Pleasant Hill, Missouri, to be closer to her daughter and son-in-law Dawn and Bill Copelin and had resided at the Pleasant Hill Health Care Center during that time.

Joanne was preceded in death by parents; her first husband, Arthur; her brother, Edward Walters Jr.; and one grandson, Michael J. Fischer.

Joanne’s family would like to offer special thanks to the Pleasant Hill Health & Rehab Center, especially Tammy and Sharon, for all the wonderful care of their mother. Special thanks also to St. Luke’s Hospice House and those who cared for her in her final hours.

Mass of Christian Burial will be held 10:00 AM Saturday, January 5, 2018 at Our Lady Queen of Heaven Catholic Church, Wisconsin Rapids. Fr. Valentine Joseph will officiate. Entombment will be in the Forest Hill Mausoleum.

Visitation will be held 4:00 to 7:00 p.m. Friday, January 4, 2018, at the Ritchay Funeral Home in Wisconsin Rapids and one hour prior to the service at the church on Saturday.

Memorial contributions are suggested to the Alzheimer’s Association.

Online condolences may made sent to the family at www.Ritchayfuneralhome.com