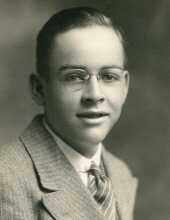 John D Kiefer Jr., 96, of Harrisonville, Missouri was born in the family home on Price Street in Harrisonville on August 25, 1923 the son of John D Sr. and Opal (Toalson) Kiefer. He departed this life on Saturday, October 12, 2019 at his home surrounded by love and family.

On October 17, 1953, John was united in marriage to Jean Marie Smith in Kansas City, Missouri.

John was employed as an asphalt superintendent for Midwest Pre-Cote Company. He was a member of the Harrisonville United Methodist Church where he served as Sunday school superintendent, active in the men’s ministry and choir. John was a Navy veteran, a Master Mason and a member of the Cass Lodge #147 A.F & A.M. He was known as a hard worker, a good cook and was a competitive BBQ cook and an excellent gardener. John loved hunting and being outdoors and was proud of his bald head.

Besides his parents, he was preceded in death by a son, Jeff Kiefer; and 4 sisters, Oneita Cain, Geneva Ryan, Marjorie Belcher and Dorothy Gover.

The family received friends Thursday, October 17, 2019 at the church.

In Lieu of flowers, the family suggests memorial contributions may be made to the John D Kiefer Jr. Memorial Fund and please make checks payable to Jean Marie Kiefer.

Funeral arrangements are under the direction of the Dickey Funeral Home, Harrisonville, Missouri.
To order memorial trees or send flowers to the family in memory of John D Kiefer Jr., please visit our flower store.