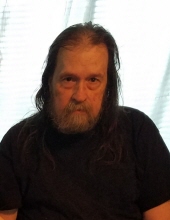 On December 13, 1993, John was united in marriage to Jeannie Ann Strauss in Peculiar, Missouri.

John was employed as a truck driver. He enjoyed shooting and collecting guns, riding tractors, fishing, hunting and spending time with his family. John enjoyed family get togethers and was good at everything he did.

Besides his parents, he was preceded in death by his sister, Anna Mae Crisler; a grandson, Christian Lee Strauss and a granddaughter, Ruby Mae Strauss.