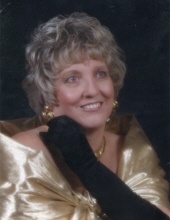 She was a homemaker.

In addition to her parents, she was preceded in death by her beloved brother, William A. McMichael Jr. of Lee Summit, MO.

Family will receive friends from 9:00 a.m. until 10:00 a.m., Saturday, January 16, 2021 at the funeral home.
To order memorial trees or send flowers to the family in memory of Karen McMichael Stewart, please visit our flower store.