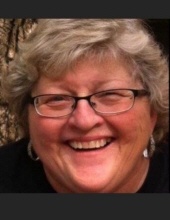 On June 16, 1973 Kathy was united in marriage to Robert "Shorty" Kelly in Kansas City, Missouri.

She was preceded in death by her parents; her husband, Shorty on August 1, 1994 and her brother, Michael Walsh.

Kathy is survived by her nieces, nephews; other relatives and a host of friends.

A Memorial Visitation was held Saturday, June 15, 2019 at the Dickey Funeral Home, Harrisonville, Missouri.
To order memorial trees or send flowers to the family in memory of Kathy Kelly, please visit our flower store.