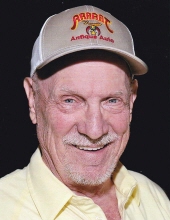 Lewis Edward Kitson, of Peculiar, Missouri was born August 9, 1934 the oldest of 6 boys to James Harold and Georgia Doris (Snowden) Kitson. He passed peacefully on Tuesday, July 16, 2019 at Wilshire of Lakewood, Lee’s Summit, Missouri at the age of 84 years, 11 months and 7 days.

On September 10, 1955, Lewis was united in marriage to Arlene Ann Davis. To this union 8 children were born.

Lewis served in the Navy during the Korean Conflict and was Honorably Discharged. He worked for the Government Civil Service in many capacities and places before retiring. Lewis and Arlene moved to Missouri with his employment in 1970. They chose Peculiar Missouri as their home because they liked the name Lewis joined the Ararat Shrine in the 70’s and was an active member until he began scaling back in 2016. He was a member of the Oak Grove Seventh Day Adventist Church.

Besides his parents, he was preceded in death by his wife, Arlene Kitson on October 28, 2011.

The family received friends Saturday, August 10, 2019 at the church.

Family suggests memorial contributions may be made to the Shriners Hospital or to the American Cancer Society.
To order memorial trees or send flowers to the family in memory of Lewis E. Kitson, please visit our flower store.