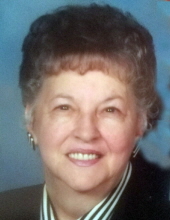 Lillian Catherine Eslick, 84, of Pleasant Hill, was born, January 10, 1934, in Aullville, Missouri, the daughter of William H. and Lucy C. (Peel) Howe. She departed this life, Thursday, May 10, 2018, at the Bothwell Regional Hospital, Sedalia.

She is survived by two sons, William (and Donna) Schatz of Milford, Utah, and Clifford (and Darlene) Eslick, Jr. of Pleasant Hill; one daughter, Catherine (and Daniel) Schotte of St. Charles, Missouri; fifteen grandchildren, many great grandchildren and numerous other relatives and friends.

Lillian was employed as a process checker for Western Electric in Lee’s Summit. She retired in 1984, after 20 years of employment. She was also a wonderful homemaker who enjoyed sewing, quilting, crocheting, and was an avid reader, sometimes reading two to three books daily. Most important to Lillian though was spending time with her family.

Visitation will be held at 1:00 p.m. until service time.

Memorial contributions are suggested to the Big Creek Baptist Church and may be sent in care of the funeral home.
To order memorial trees or send flowers to the family in memory of Lillian C. (Howe) Eslick, please visit our flower store.