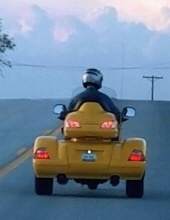 William Marvin Gray, 86, lifelong resident of Pleasant Hill, Missouri, was born, April 27, 1935, in Pleasant Hill, the son of William P. “Bill” and Thelma M. (McBride) Gray. He departed this life, Tuesday, September 21, 2021, at his home surrounded with love and family.

Marvin was employed and a supervisor for the Ford Motor Company. Marvin’s family also owned Gray’s Hardware and Furniture in downtown Pleasant Hill for many years where he also worked in and out of the store repairing appliances and small engines. He was a member of the Pleasant Hill 1st Baptist church, the United Auto Workers, Jewel Lodge #480 A.F. & A.M., and the Arat Shrine Temple. He enjoyed golfing, flying his plane, and riding his yellow motorcycle.

He was also preceded in death by his parents; two brothers, Ralph Gray and Mike Gray; and two sisters, Marjorie Buckstead and Lois James.

Memorial contributions are suggested to the Shriner’s Hospital for Children and may be sent in care of the funeral home.
To order memorial trees or send flowers to the family in memory of Marvin Gray, please visit our flower store.