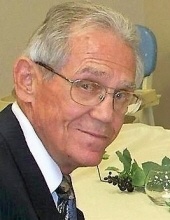 Marvin Lynn Bolejack, 89, of Pleasant Hill, Missouri, was born, December 17, 1931, in Kingsville, Missouri, the son of Clarence Rosco and Katy (Epple) Bolejack. He departed this life, Monday, January 18, 2021, at his home surrounded by his loving family.

Marvin was a 1950 graduate of Sunnydale Academy in Centralia, Missouri.

On December 23, 1951, he was united in marriage to Roberta Belle Blum in Kansas City, Missouri.

Marvin worked hard all his life and over the years held many different jobs to provide for his family. He was a Literature Evangelist and sold Christian books for the Seventh-day Adventist Coleportage publishing group, was an installer for the Cyclone Fence Company, installed hardwood floors, and finally owning and operating Rapid Pest Control Company. Marvin and two of his sons and a daughter operated the Pest Control business for many years. He enjoyed leather crafting, gardening, and working with his hands. He will be long remembered for his hard work and dedication to his family. He was a member of the Central Seventh-day Adventist Church in Kansas City, Missouri, and took his family to church every Sabbath and provided all his children with a Christian education.

Marvin is sleeping until Jesus comes and what a grand reunion that will be.

Cremation has been accorded. Private family services will be held at a later date. Inurnment will be in Bluff Springs Cemetery in Kingsville, Missouri.

In lieu of flowers the family is asking that a card be sent to the family with a note recalling a fond memory of Marvin. Cards may be sent in care of the funeral home.