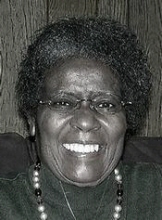 Mary Josephine Nelson, 80, of Pleasant Hill, was born, Thursday, February 7, 1933, in Harrisonville Missouri, the daughter of Paul and Nina Mardell (Harvey) Graham. She departed this life Monday, June 10, 2013, at her home.
On January 8, 1951, she was united in marriage to Timothy J. Nelson, Jr. in Kansas City. He preceded her in death on July 23, 2013.
Mary started her working career with the E.R. Squibb Pharmaceutical Company; later after proudly earning her G.E.D. and teaching herself how to type, she went to work for the Upjohn Corporation as a Customer Service representative.
She was a member of the Pleasant Hill First Presbyterian church and The Order of the Eastern Star. Mary was also preceded in death by one daughter Sheila Spriggs.
She is survived by four sons Timothy Nelson, III, and Joel Nelson of Pleasant Hill, Carl Nelson of Wichita, Kansas, and Charles Nelson of Denver, Colorado; three grandchildren, Cheyenne Nelson of Pleasant Hill, Lanie Nelson and C.J. Nelson of Arvada, Colorado; other relatives and friends.
Funeral services were held Friday, June 14, 2013, at the Stanley-Dickey funeral home. Reverend Heather Jepsen will officiate. Interment is in the Pleasant Hill Cemetery. Casket bearers are Carl Nelson, Charles Nelson, Joel Nelson, Tim Nelson III, and Jimmy Dean Ross.
To order memorial trees or send flowers to the family in memory of Mary J. Nelson, please visit our flower store.