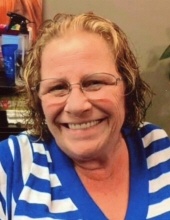 Mary Louise Wilkes, 56, of Independence, Missouri, was born, December 24, 1962, in Independence, the daughter of Hubert L. “Sonny” and Katherine L. (Winslow) Beltz. She departed this life, Sunday, September 1, 2019, at the St. Luke’s Hospital in Kansas City.

Mary was a Homemaker. She enjoyed going to the casino’s, cooking, collecting cookbooks, and bird watching, especially the Cardinal. Most important to her was family. She had a big family and she loved them all. Her love for everyone was endless and she would give the shirt off her back for anyone who needed anything at any time.

She was a former member of the Fraternal Order of the Eagle’s Lodge #47, Raytown, and a member of the Harmony Heights Baptist Church, Independence.

Mary was preceded in death by her father.

Visitation was held Saturday, September 7, 2019, at the funeral home.

Visitation was held until service time at the funeral home.