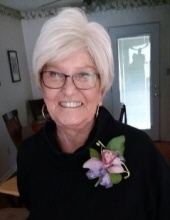 Minnie Luckan Butler was born to Carrie Henson and Henry Luckan on September 16, 1943. She attended Butler High School. Minnie worked at Western Electric for 32 years. She also had various jobs in retail with Hallmark, Dillard’s, and Goodwill. Minnie married Virgil Butler on December 28, 2002.

Minnie and Virgil enjoyed traveling and often went on cruises. Minnie was an avid sports fan; she enjoyed watching her grandchildren and great grandchildren playing, and often traveled to attend as many games as possible. Minnie loved her Coca-Cola, Starbuck’s coffee, and having dinner at Jess and Jim’s Steakhouse. She was very stylish and trendy, and always enjoyed getting her nails and hair done.

Minnie was a dedicated member of the Antioch Baptist Church in Harrisonville and enjoyed volunteering and making meals for her church family. She also enjoyed Sunday meals, following the service, with her fellowship group.

Cremation. A Celebration of Life Service will be held 11:00 a.m., Tuesday, September 28, 2021 at the Dickey Funeral Home, Harrisonville, Missouri.

Family suggests memorial contributions may be made to the Antioch Southern Baptist Church Memorial Fund, Harrisonville, Missouri.
To order memorial trees or send flowers to the family in memory of Minnie Luckan Butler, please visit our flower store.