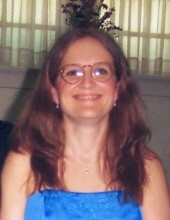 Patricia “Patti” Kristin Winninham of Harrisonville, Missouri was born October 28, 1967 in Lawton, Oklahoma the daughter of William and Marilee (Fitzwater) Herring. She departed this life on Monday, April 29, 2019 at the Kansas City Hospice House surrounded by love and family at the age of 51 years, 6 months and 1 day.

On November 2, 1985, Patti was united in marriage to Randall “Randy” Allan Winningham in Grandview, Missouri.

Patti was employed as a crew leader at the McDonalds in Harrisonville and Warsaw, Missouri. She enjoyed babysitting and was a second mom to many children, especially her children’s friends. Patti was a member of the Crossroads Assembly Church, Harrisonville. She enjoyed doing cross stitch and made one for everyone for special occasions. Patti was a wonderful wife, mother and grandmother and enjoyed every moment with her grandchildren.

She was preceded in death by her father.


Cremation. A Celebration of Life Service was held Saturday, May 11, 2019 at the Crossroads Assembly of God near Harrisonville.

Funeral arrangements are under the direction of the Dickey Funeral Home, Harrisonville, Missouri.
To order memorial trees or send flowers to the family in memory of Patti K. Winningham, please visit our flower store.