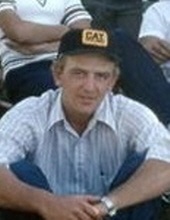 Ed graduated from Harrisonville High School in 1965. After high school, Ed began his lifelong career as a self-employed, Heavy Equipment Operator, Mechanic and Welder. This vocation led him to the West where he fell in love with the desert and a free-spirited wandering lifestyle.

Ed returned to Missouri in 1980 where he lived near Gunn City before moving near Drexel and then back to a farm near Gunn City. In late 2005 Ed could no longer resist the pull of the West and returned to Arizona where he found his final community of Gila Bend.