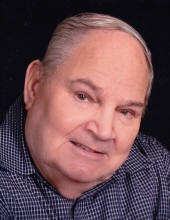 Raymond Delano Martin, 86, of Pleasant Hill, Missouri, was born, November 26, 1932, in Neosho, Missouri, the son of Cleveland H. and Sarah A. (Burdick) Martin. He departed this life peacefully, on Saturday, June 15, 2019, at Addington Place in Lee’s Summit, Missouri.

Ray attended Neosho High School but left early to join the Air Force and proudly served our country through both the Korean and Vietnam Wars; retiring from the Air Force in 1970.

Following his service to our country he became a security guard at the Federal Reserve Bankof Kansas City retiring in 1994.He was an expert marksman.

On February 23, 1979, he was united in marriage to Roberta (George) Patterson in Miami, Oklahoma.

Raymond enjoyed photography, both still and video, music, trains, and was a WWII history buff. He was a kidder and ornery as the day is long.He attended the Pleasant Hill First Christian Church and recently made his peace with God.

Memorial contributions are suggested to Meals on Wheels, Pleasant Hill, and may be sent in care of the funeral home.