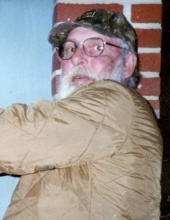 Ret. US Army Sgt. Robert Eugene Bird, of Dixon, Missouri, was born August 4, 1954 in Ottumwa, Iowa the son of Richard Deane and Nora Gertrude (Beckstead) Bird. He departed this life on Saturday, March 13, 2021 at his home at the age of 66 years, 7 months and 9 days.

Robert was a Sergeant in the US Army until his retirement in 1984. After his retirement, he worked in transport for the US Army as a civilian. He was an avid Bass fisherman, fished several bass tournaments with his mother and loved to hunt.

Besides his parents, he was preceded in death by his wife, Chi Suk Bird on November 10, 1985 and his brother, Michael Bird.

Funeral arrangements are under the direction of the Dickey Funeral Home, Harrisonville, Missouri.
To order memorial trees or send flowers to the family in memory of Ret. US Army Sgt. Robert E. Bird, please visit our flower store.