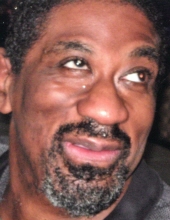 Robert Farmer Jr. of Harrisonville, Missouri was born June 7, 1965 in Kansas City, Missouri the son of Robert and Juanita (Johnson) Farmer Sr. He departed this life on Friday, January 26, 2018 at Lee's Summit Medical Center, Lee's Summit, Missouri at the age of 52 years, 7 months and 26 days.

He is survived by his special friends from Cass County Community Living, Debbie Ferguson and Larry Nelson and a host of friends.

Memorial contributions may be made to Cass County Community Living.
To order memorial trees or send flowers to the family in memory of Robert Farmer, Jr., please visit our flower store.