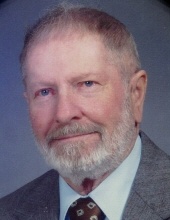 Robert LeRoy Thompson Sr, of Garden City, Missouri was born November 1, 1926 in Tingley, Iowa the son of Lloyd Raymond and Lottie May (Butterfield) Thompson. He departed this life on Saturday, October 10, 2020 at the Village at Carol Park, Grandview, Missouri at the age of 93 years, 11 months and 9 days.

On March 19, 1951, Robert was united in marriage to Kimiko Sueto in Fukwoka City, Japan.

Robert was an aircraft mechanic and an Air Force veteran of the Korean War. He was also a farmer and loved raising his pigs. Robert was a family man and loved his family very much. He and his wife, Kimiko, was instrumental in the startup of Casco Area Workshop, Harrisonville for people with disabilities to lead a productive life. He had moved near Garden City in 1963.

Besides his parents, he was preceded in death by his wife, Kimiko Thompson on October 15, 2010 and two brothers, Wayne and Richard Thompson.


Cremation. A private family inurnment will be held at the Garden City Cemetery, Garden City, Missouri at a later date.

Family suggests memorial contributions may be made to the Cass County Community Living.
To order memorial trees or send flowers to the family in memory of Robert LeRoy Thompson Sr., please visit our flower store.