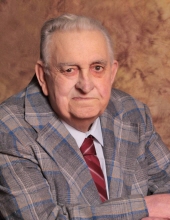 Roger Lee Hodges of Archie, Missouri was born May 9, 1945 in Kansas City, Missouri the son of Walter William "Pat" and Geneva Mae (Randol) Hodges. He departed this life on Wednesday, May 1, 2019 at his home near Archie, Missouri surrounded by love and family at the age of 73 years, 11 months and 22 days.

On May 21, 1965 Roger was united in marriage to Charlene Rose Wright in Huntsville, Arkansas while serving in the United States Navy.

Roger was employed as a coal miner for Peabody Coal Company in Montrose, Missouri until his retirement in 1996. He was a member and Past President of the United Mine Workers of America Local 1122. Roger loved his family and took great pride in his grandchildren and great-grandchildren. He loved the outdoors, gardening and growing tomatoes. Roger had lived in Creighton and Harrisonville, Missouri before moving to Archie in 2007.

He was preceded in death by his parents and a brother Cletis.

Cremation. A Celebration of Life Service was held Sunday, May 19, 2019 at Carter Park, Archie, Missouri.

Family suggests memorial contributions may be made to the American Lung Association.
To order memorial trees or send flowers to the family in memory of Roger L. Hodges, please visit our flower store.