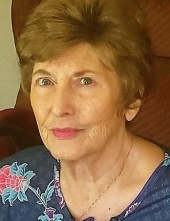 Sandy was employed as a Lead Supervisor for NEC Electronics and Fairchild Electronics in Silicon Valley, Santa Clara, California. She enjoyed going to the boats, playing bingo, painting, watching her favorite TV shows, and talking with family and friends over the phone. She was especially fond of her dog Ladybug.

Sandy was also preceded in death by her father and two sisters.

Per Sandy’s wishes cremation has been accorded. No services are scheduled.