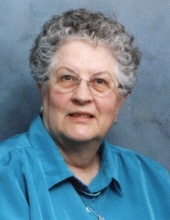 Shirley was called to the mission field at an early age, but wasn't fully released until later in life after serving her family. A fully licensed and ordained Evangelistic Missionary through Christ for The Nations, Dallas, Texas, End Time Handmaiden, licensed Minister with Full Gospel Fellowship of Churches and Ministers International, prayer warrior with Intercessors International, ordained at Church on the Rock, Graduate of Christian International College and Theology School, completing courses in ministering to alcohol and drug dependency addicts and women's abuse victims. She journeyed world-wide (China, Japan, Middle East, Russian block nations, Africa, and South America) as a servant for the Gospel of Christ. She saw and experienced God's Mighty Hand of Mercy, grace, forgiveness and redemption walking through a modern version of the Chapter of Acts witnessing His tremendous love through signs and wonders to the peoples of all nations. After her final journey home, she rejoices with her Lord and waits until we all will meet again.

Besides her parents, she was preceded in death by her brother, Kenneth Rice; two sisters, Francis Wade and Marjorie Thierolf.

The family request that people attending the service to wear a mask or practice social distancing while at the graveside.

Funeral arrangements are under the direction of the Dickey Funeral Home, Harrisonville, Missouri.
To order memorial trees or send flowers to the family in memory of Shirley Louise Willis, please visit our flower store.