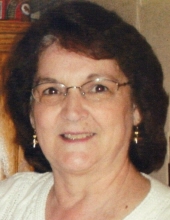 Wanda was employed as a Purchaser for Honeywell retiring in 1996. She loved flying and several years ago took lessons earning her pilot’s license. She also loved showing horses, barrel racing, and working in her garden and yard. She had a soft spot for all animals, especially cats.

Wanda was also preceded in death by her parents.

A Visitation was held until service time at the funeral home on Friday, August 2, 2019.