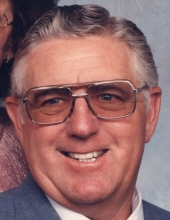 Clarence Wayne Church, 89, of Lee’s Summit, Missouri, was born, March 29, 1932, in Martin County, Texas, near Stanton, the son of Steve B. and Lois (Standefer) Church. He departed this life, Tuesday, August 3, 2021, at his home surrounded with love and family.

Wayne was a United States Army Korean War Veteran and was stationed at the Pentagon in the Staff Communications Office. He received the highest security clearance and was put in charge of Presidential documents. After discovering he was also adept at construction, he was temporarily put in charge of crews building the classrooms at Fort Leonard Wood in Missouri.

Wayne was first employed as a health & P.E. Teacher in Raytown, Missouri. Later he became a junior high guidance counselor for the Hobbs, New Mexico school district. After retiring from public education, he returned to his roots as a farmer and rancher. He was an Elder in the Community of Christ, serving as pastor for the churches in Hobbs and Stanton. He helped build the Community of Christ Church in Stanton. He also helped build and was actively involved in the Sacramento Mountain Retreat campground for over forty years. He was an active member of the Community of Christ in Pleasant Hill, Missouri. He was also a member of the Pleasant Hill Seniors Group. Growing up on a farm, he enjoyed barrel racing and roping with his horse, Sunny. Besides his full-time job, he also enjoyed bee keeping and fast pitch softball. Wayne was an outstanding pitcher, having received many awards including league MVP five years in a row. His secret knuckleball was an absolute "out" for his opponents. Some of his hobbies were golfing, fishing, camping, and gardening which he shared with family and friends.

Wayne was preceded in death by his parents; one brother, Douglas Church; one sister, Ouida Hursh; one granddaughter, Monica Ramirez; and two sons-in-law, Larry Jordan and Kevin Anderson.

Funeral services will be held 10:00 a.m. Wednesday, August 11, 2021, at the funeral home. Graveside Military Services and interment will follow in the Pleasant Hill Cemetery with full military honors by the United States Army and the V.F.W. Post #3118 Honor guard.

Due to the ongoing Covid pandemic you are encouraged to wear masks.

Memorial contributions are suggested to the Pleasant Hill Community of Christ Church or the Outreach International of Kansas City and may be sent in care of the funeral home.