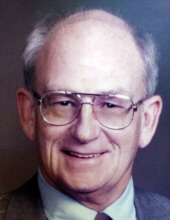 Al was a 1948 Southwest High School graduate. He earned his Bachelor’s degree from the University of Missouri at Columbia. While at MU he joined the ROTC later enlisting as First Lieutenant in Army 111th Airborne serving as a Jumpmaster instructor during the Korean War.

On August 2, 1954, he was united in marriage to Ada Lee Stafford in Pleasant Hill. She survives of the home.

He was preceded in death by his parents; one grandchild, Craig Poole; one brother, Bob King; and one sister, June King.

A memorial service will be held 10:30 a.m. Saturday, April 28, 2018, at the Stanley-Dickey Funeral Home. Reverend Wyatt Shanks will officiate. Inurnment will follow in the Pleasant Hill Cemetery with full military honors by the United States Army and the V.F.W. Post #3118 Honor Guard.

Visitation will be held 9:00 a.m. until service time at the funeral home.