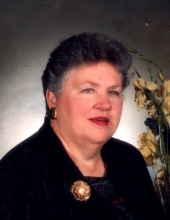 Alice Malee Siegenthaler, age 77 passed away June 1st at her home surrounded by family. She graduated from Rich Hill in 1959. Shortly after graduating, she went to work at the Appleton City Hospital as nurses aide. She also worked at Rich Hill Telephone Company as a telephone operator following in her Grandmother Watt’s footsteps. Later Alice moved to Harrisonville and went to work for United Telephone Company later known as Sprint. She retired after 35 years as an operator and phone fraud investigator.

In 1969, Alice married Milton C. Siegenthaler. To this union one son Milton L., was born. Alice loved to fish, crochet, sing, play the organ, but mostly loved spending time with her family.

She was preceded in death by her parents Lloyd and Erlene Culver and sister Luann Newcomb of Rich Hill. She’s survived by her son Milton and wife Amy, grandson Garrett and granddaughter Beka of Harrisonville, and brother L.J. Culver of Rich Hill several nieces and nephews and many friends.

Alice is at peace with Jesus and is now reunited with family whom she has dearly missed. She will be missed by family and friends

A Celebration of Life Service was held Monday, June 4, 2018 at the Myrtle Tree Assembly of God, Rich Hill, Missouri.

Cremation. Inurnment will be in the Greenlawn Cemetery, Rich Hill, Missouri.

The family suggest in lieu of flowers that memorial contributions may be made to the Alice Siegenthaler Memorial Fund and may be sent in care of Dickey Funeral Home, P.O. Box 432, Harrisonville, Missouri.
To order memorial trees or send flowers to the family in memory of Alice M. Siegenthaler, please visit our flower store.