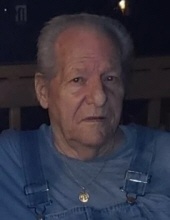 Alvin Eugene Winfrey, 72, of Pleasant Hill, was born, January 6, 1947, in Warrensburg, Missouri, the son of James A. and Dorothy M. (Odle) Winfrey. He departed this life, Tuesday, October 8, 2019, at his home surrounded with love and family.

On April 28, 1968, he was united in marriage to Carrie Ann Loveall in Kansas City, Missouri.

Alvin was employed as a Journeyman Roofer for the Quality Roofing Company for over 33 years and was a member of the Roofer’s Union Local #20. He enjoyed fishing, going to garage sales, playing on his tablet and a good game of horse shoes.

Alvin was preceded in death by his parents, James and Dorothy; one brother, Jack Winfrey; and one sister, April Winfrey.

Cremation will be accorded following services.