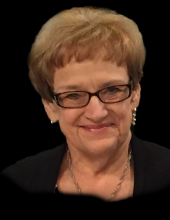 Anita owned and operated Barrow Sister Estate Sales; prior to that she had worked for the Pleasant Hill Bank, the Farmers Trust Bank in Lee’s Summit, and at Lake City. She was a member of the O.E.S. Ivy Leaf Chapter #215, Pleasant Hill, the Antique Dealers of Kansas City, and the Hickory Grove Baptist Church, and she was currently attending the Abundant Life Church in Lee’s Summit. Anita enjoyed making jewelry, reading extensively, and most importantly spending time with her family; especially her grandchildren.

Anita was preceded in death by her parents Buck and Lilly.

She is survived by her husband Sam of the home; one daughter and son-in-law, Tina Rae Bradford-Carlile and Don of Waxahachie, Texas; 3 grandchildren, Jacob Tyler Carlile of Honolulu, Hawaii, Donald Bradford “Brad” Carlile, and Caleb Samuel Carlile both of Waxahachie; 2 sisters, Carol (and Sam) Harvkey of Belton, Missouri, and Vicki Lawrence of Lee’s Summit; several nieces and nephews; other relatives and friends.

Per Anita’s wish, cremation has been accorded.

A celebration of Anita’s life was held Friday, May 17, 2019, at the Stanley-Dickey Funeral Home, Pleasant Hill, Missouri.

Memorial contributions are suggested to the Abundant Life Church or the American Lung Association and may be sent in care of the funeral home.

Online condolences may be sent in care of the funeral home.