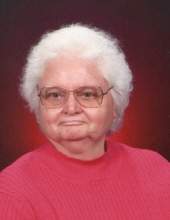 Barbara Jean Carter, of Harrisonville, Missouri was born May 23, 1935 in Independence, Missouri the daughter of Daniel and Edith (Snider) Cook. She departed this life on Sunday, July 21, 2019 at her home in Harrisonville at the age of 84 years, 1 month and 28 days.

Besides her parents, she was preceded in death by her husband, Tom Carter on September 20, 2013.

The Family received friends Thursday, July 25, 2019 at the church.

Funeral arrangements are under the direction of the Dickey Funeral Home, Harrisonville, Missouri.
To order memorial trees or send flowers to the family in memory of Barbara Jean Carter, please visit our flower store.