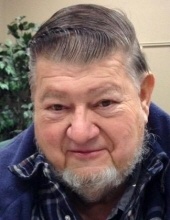 Bary owned and Operated Porter Electrical in Pleasant Hill. While running Porter Electrical he also was employed full time as a Union Steward for AT&T in Lee’s Summit. He had also worked as an electrician at General Motors, was a Real Estate Investor, and an Auctioneer. He was very active in the community. He was a member of Pleasant Hill Lions Club, a Freemason, a member of the Arat Shrine, the Pleasant Hill Chamber of Commerce, the Cass County Fair Board, the Pleasant Hill Fire & Ambulance Board, and was instrumental in the building of the new fire department. He collected Campbell’s Soup memorabilia and John Deere tractors/memorabilia and was an active member of the two-cylinder club.

He is survived by his son Dwayne Bary (and Bob Jackson) Porter of Gravois Mills, Missouri; his grandson Austin MacGyver (and Julia) Porter of Blue Springs, Missouri; two brothers, Terry Porter of Ridgecrest, California, and Danny Porter of Colorado Springs, Colorado; one sister Mary Briggs of Hannibal, Missouri; other relatives and a host of many friends.

Private graveside services will be held in the Pleasant Hill Cemetery.

Memorial contributions are suggested to the Pleasant Hill Lay-Clergy Love Fund and may be sent in care of the funeral home.