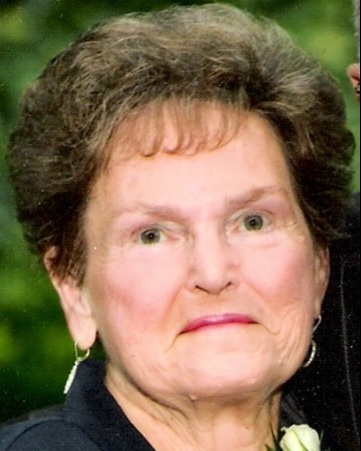 While raising three young daughters, she went to work in 1961 for Western Electric/AT&T in Lee’s Summit, Missouri. She would work there until she retired in 1988. She was only retired for a short time before continuing her work life at Compton Ridge Campground and the Showboat Branson Belle in Branson, Missouri.

Betty was introduced to the love of her life, Kenny, in July 1963. They married on October 5, 1963. They would add three more daughters to the family. They lived in Harrisonville, Missouri, until semi-retiring to Branson, Missouri, in 1988. They returned to Harrisonville in 2019.

Betty enjoyed her family, singing, dancing, camping, traveling and watching the girls in their numerous activities and sports. Betty and Kenny enjoyed many of the same things including traveling throughout the United States, cruises to Cancun and various islands in the Caribbean. Hawaii was one of their favorite places to visit.  With Kenny at her side, she enjoyed square and line dancing and was a member of the Hoot N Holler Square Dancers in Harrisonville and the Boot Kickers line dance group in Branson. She was a member of the First Christian Church, Harrisonville, where she enjoyed singing in the choir.

Betty was preceded in death by her parents and her husband of 59 years, William K. Wisdom.

Funeral Services will be held 10:30 a.m. Monday October 10, 2022 at Dickey Funeral Home Harrisonville, Missouri. Family will receive friends Monday from 9:30 to 10:30 a.m. at the chapel with internment in Trinity Lutheran Cemetery, Creighton, Missouri.

To order memorial trees or send flowers to the family in memory of Betty L. Wisdom, please visit our flower store.