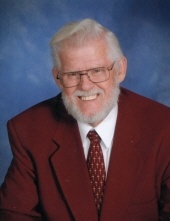 William David Butler of Harrisonville, Missouri was born January 21, 1944 in Des Moines, Iowa the son of Clyde W. and Bessie Ann (Gilbert) Butler. He departed this life on Tuesday, December 8, 2020 at St. Luke's East, Lee's Summit, Missouri at the age of 76 years, 10 months and 17 days.

On February 20, 1965, Bill was united in marriage to Darlene Faye Frazier in East Lynne, Missouri.

Bill was employed as an assembler for General Motors Leeds Plant, Kansas City, Missouri before his retirement in 1995. After retirement he was employed for Jim Looney Electric and was a bus driver for Durham Bus Services all in Harrisonville. Bill was a member and ordained deacon for South Haven Baptist Church, Belton, Missouri. He was an avid fisherman and hunter and a former member of the Harrisonville Optimist Club. He coached for many years in the Harrisonville Youth Football, Softball and Baseball League. He enjoyed spending time with his grandson, clay target shooting and had moved to Harrisonville at a young age from Des Moines, Iowa.

Besides his parents, Bill was preceded in death by a sister, Ruth Arnett.

The family suggest that memorial contributions may be made to the American Cancer Society.
To order memorial trees or send flowers to the family in memory of Bill Butler, please visit our flower store.