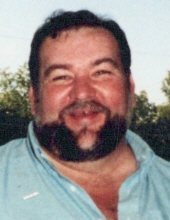 On December 7, 1966, he was united in marriage to Susan Tye in Pleasant Hill. They later divorced.

Bill was a gifted Autobody Mechanic owning and operating both the Can-Do Autobody Shop in Pleasant Hill and Harrisonville Auto Body in Harrisonville. Bill truly loved working on old cars. He loved spending time visiting with family and friends and especially enjoyed a cold beer or cocktail.

Inurnment will be in the Pleasant Hill Cemetery at a later date.